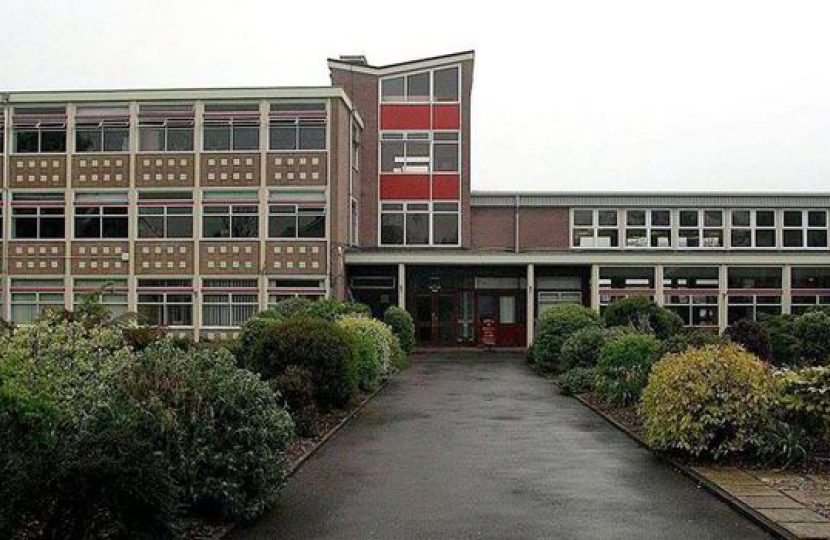 Multimillion-pound upgrades to secondary schools in Thornbury and Alveston are set to be given the green light by local Conservatives.

A £16.7million package of investment which would see the relocation of the Castle School Sixth Form from Gloucester Road to a new custom-built three-storey building at their main site on Park Road, as well as a package of upgrades and refurbishment work to both Castle School and Marlwood School’s existing sites are among the proposals unveiled today by South Gloucestershire Council.

Improving school standards is the number one priority of the Council’s Conservative Administration, with £14.2million of the funding for this project comes as part of a record £78million capital investment made last year to build new and upgrade existing school buildings across the district. The proposals originate from community feedback calling for investment into local schools.

As part of the feasibility study on upgrading the two schools run by the Castle School Education Trust (CSET), the Council has also outlined that new buildings would be to low energy use standards, supporting the cross-party South Gloucestershire Climate Emergency declaration led by Conservatives last year.

The investment would be financed predominantly by the Council, including through the sale of the former Sixth Form site, with the further £2.5million contribution from CSET. Additional open space to extend the Castle School playing field has also been negotiated from nearby developers.

Cllr Toby Savage, Leader of South Gloucestershire Council, said: “These fantastic school investment proposals have the potential to make a truly transformative impact on the learning experience for young people in the Thornbury area, fully supporting the Administration’s number one priority of improving school standards in South Gloucestershire.

“Castle School and Marlwood School are pillars of the community and I am pleased we have been able to work with CSET in devising a plan for the next steps in their future as part of the largest ever investment into our local schools by the Council to deliver better learning environments for generations to come.”

Will Roberts, Chief Executive of CSET, added: “We are delighted that this proposal is moving forward, providing much needed investment in The Castle and Marlwood schools. This project enables us to replace temporary buildings, improve the condition and configuration of the school sites, and provide an inspiring learning environment for current students as well as future generations. We want to thank the Council and its Administration for their concerted effort in bringing this all together and supporting our vision for education in the area.”

Thornbury and Yate MP Luke Hall said: “The redevelopment of Castle and Marlwood Schools is essential, that is why it has been a key campaign in our Positive Plan for backing schools and family life. I am delighted that these latest upgrades are set to receive the green light from South Gloucestershire Council and will continue to push for these schools to get the support they so desperately need.”