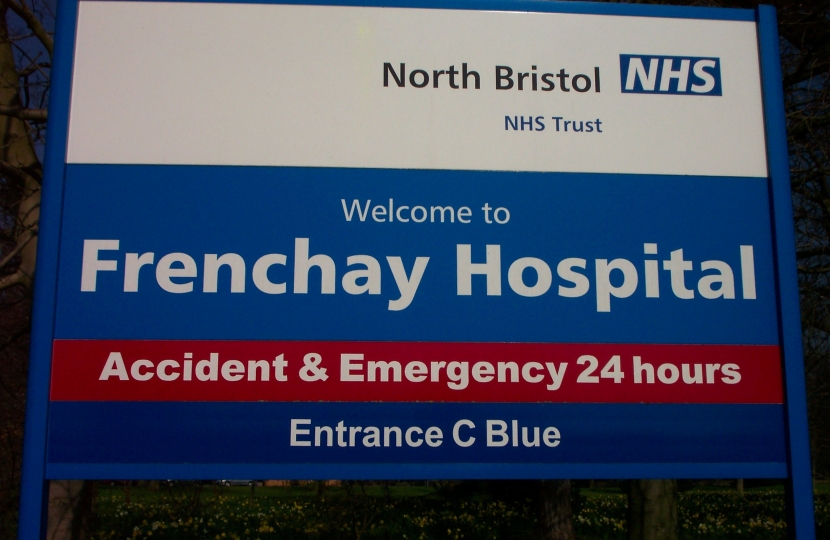 Labour Councillors tabled a motion at a recent South Gloucestershire Council meeting calling on the local North Bristol NHS Trust (NBT) to overturn its decision to involve an independent provider, such as St Monica’s Trust, in the new Frenchay Community Hospital – similar to the previous Labour government’s Independent Sector Treatment Centre (ISTC) at nearby Emersons Green.

Before the meeting, NBT’s Projects Directorate had warned councillors that if this happened then the scheme’s timetable would be “compromised and we will not have the new facilities in place to coincide with opening of the new Hospital at Southmead…if we are not able to progress our proposed procurement strategy, the project is very much at risk.”

When it came to the vote, only the Conservatives voted as a whole group in favour of NBT’s plans, which was enough to defeat the motion.

Speaking during the debate, Cllr Kathy Morris (Con, Downend) said:  “I want to draw the Labour Group’s attention to comments made by Liz Kendall MP, current Labour Shadow Minister for Care and Elderly. She said:  “I’m a long standing supporter of Independent Sector Treatment Centres and of the need for commissioners to be able to bring in private and voluntary sector providers, as well as alternative NHS provision...”

This is from a speech she made at the Reform think-tank in December 2010. It’s available on her website. Are Labour councillors aware that they are out of step with their own Party’s policy?”

Cllr Brian Hopkinson (Con, Bradley Stoke Central & Stoke Lodge) said:  “I think it’s important to remember that we wouldn’t be having this debate about a community hospital and external providers if the previous Labour government hadn’t taken the awful decision to downgrade South Gloucestershire’s only acute hospital and ignoring the 50,000 people who signed the Save Frenchay Hospital petition.”

Cllr Erica Williams (Con, Bitton) also added:  “It really is the height of hypocrisy for Labour to suddenly get ideologically hung-up with external providers in the NHS when it was the previous Labour government that built the Emersons Green Independent Sector Treatment Centre, which definitely didn’t feature in the Bristol Health Services Plan.”

Speaking after the debate, Cllr John Godwin (Con, Winterbourne), a former member of the Save Frenchay Hospital group and who has also been working on the community hospital project, said:  “I am relieved that this threat to the new Frenchay community hospital has been defeated.   A huge amount of work has been put into successfully reducing the scale of the previous government’s downgrading of Frenchay Hospital and securing more services than originally planned.”   He added:   “This is the only game in town and so I am hugely disappointed that Labour councillors and, more surprisingly, most LibDem councillors put all this at risk by voting against the project – their actions were an unnecessary and reckless gamble with our local health services.”